Where the Ranger shines: 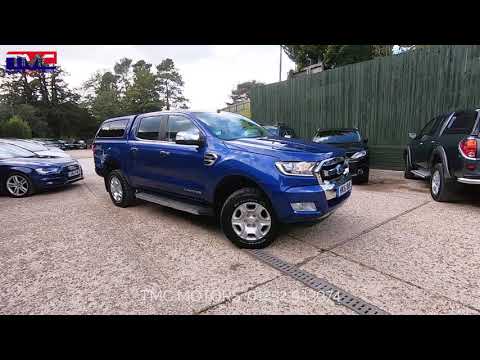 It’s hard to think of a vehicle that does everything, but Ford have certainly given it their best shot with the ever-popular Ford Ranger.

The Ranger is firmly established as one of the modern breed of pick-up trucks, as is evident from both inside and outside the cab. It’s a great looking truck for sure, but continues to shine as you climb aboard – the quality of the interior finish impresses, and particularly on high level specification Limited and Wildtrak trucks where toys such as dual-zone climate control, leather interior and reversing camera become available. The cab of the Ranger is a comfortable environment to travel in, pleasant as family transport and composed enough on the open road to keep everyone happy.

Meanwhile, when it’s time to go to work, the Ranger pulls its weight with one of the best towing capacities in its class – up to 3,500kg – and a payload capacity of 1,050kg within its sizeable trailer. With good ground clearance and selectable four-wheel-drive, it’s also built to be an off-road explorer with the tough underpinnings to cope.

From 2016 onwards, the Ranger upped its own game even further. With updated styling and a new choice of 2-litre turbo diesel engines offering a range of power options, the newer Ranger is even more refined and car-like to drive when it comes to everyday use. Capable as the old machine always was, the new shape is certainly the one to go for if your budget can stretch that far.

The range-topping Raptor is an astonishing, high-tech piece of kit – with such extensive modifications that, underneath the chunky styling tweaks, it’s essentially an entirely different animal. Its capability for off-road driving, including at speed, is unsurpassed among pick-up trucks – but you’ll be paying a lot more for the privilege, as Raptors will understandably sell at a considerably higher premium than their Ranger cousins. Nevertheless, if your budget doesn’t stretch quite that far, there are plenty of ways to modify your standard Ranger to great effect with upgrades such as the Raptor grille and wheel-arch extensions – something that’s already popular among Ranger owners in the UK.

It’s not difficult to see what makes the Ford Ranger a popular choice. With its bold yet sleek styling, the Ranger has won hearts among the pick-up truck community as one of the best-looking trucks out there. And with Raptor styling, the Ranger’s already imposing presence can be stepped-up a gear to suit the owner's own personal taste. It’s not all about looks, however. It’s a genuinely capable off-road machine, along with a strong towing capacity to boot. If you’re after a good all-round balance between work and play with your pick-up, then the Ford Ranger certainly offers one of the most attractive packages on the market.

Models of note:
The high-spec Ranger Wildtrak is a dynamic, well equipped lifestyle pick-up
The Raptor is a real beast, and designed for serious off-roading at speed

Company Info
Back to Top

Required cookies are essential to let you move around the website and use its features, such as accessing secure areas, shopping baskets and online billing. These cookies allow our website to provide services at your request.

Functionality cookies are used to remember the choices you make, e.g. your user name, log in details and language preferences. They also remember any customisations you make to the website to give you enhanced, more personal features.

Targeting cookies collect information about your browsing habits to deliver adverts which are more relevant to you and your interests. They also measure the effectiveness of advertising campaigns.

This site uses cookies and related technologies for site operation, analytics and third party advertising purposes as described in our Privacy and Data Processing Policy. You may choose to consent to our use of these technologies, or further manage your preferences. To opt-out of sharing with third parties information related to these technologies, select "Manage Settings" or submit a Do Not Sell My Personal Information request.